The gameplay of BATTLEGROUNDS is arranged in a variety of game modes. Whether if you want the traditional Battle Royale experience, to Arcade style shooters like Team Deathmatch game modes, BATTLEGROUNDS can cater to your playstyle.

You play ranked to raise up within the leaderboards to see who has the highest total ELO, concurrent wins in a session and/or the highest kills during a match.

For questions regarding ranked servers, head to the FAQ.

Unranked are mostly for players who want to learn the game or fool around without losing your ELO ranking in ranked servers.

This existed at the start of Sanhok‎'s release but not anymore.

The classic game mode. Complete free for all, kill everyone, be the last one alive.

Solo, a game mode where you spawn into the world alone and you just rely on your own tactics and skill to push you to the end and be the last player alive.

Solo FPP is based around your normal Solo game mode (as read above), but instead of being in 3rd person this is strictly in 1st person.

For this game mode, you will be paired up with another individual and will compete to be the last ones alive.

Duo FPP is based around your normal Duo game mode (as read above), but instead of being in 3rd person this is strictly in 1st person.

SQUAD, a game mode where you can team up in groups of 2, 3 or 4 players, or if you prefer, you can still play solo and take on everyone alone in the match.

Note: No matter the size of your party when you enter a match, you'll be matched with teams of 4. 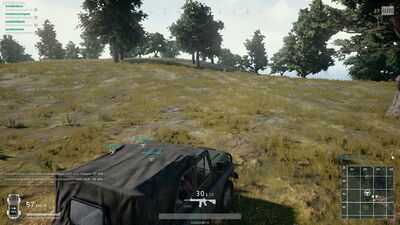 Squad FPP is based around your normal Squad game mode (as read above), but instead of being in 3rd person this is strictly in 1st person.

Training Mode lets 5 - 20 players explore a 2x2km map and practice all aspects of PUBG, from driving the game’s various vehicles around the island’s race tracks to practicing parachute landings on scattered targets, to mastering the perfect peek shot. For more information, head to Training.

What are custom games?

Custom games are dedicated servers that PUBG Partners can randomly start up at given time. Partners whatever BR match they want to create ranging from a BR Zombie match or any custom preset they want ranging from snipers only to melee only. They have the ability to control every setting in a match ranging from when air drops come, how fast the circles are, if to enable/disable Red zones and more. 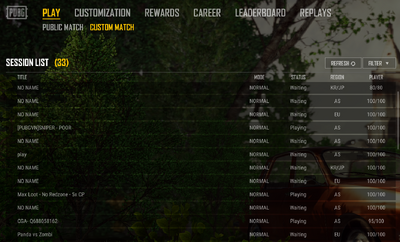 Zombies can't pick up weapons, they have to rely on biting or hitting the survivors.

War, a game mode from ARMA 3 BR that has a deathmatch style where players kill each other for 30 minutes (if you die, you respawn back in with a parachute) and then at the end once the blue zone locks in, you can't respawn anymore. After the blue zone locks, it will end normally in a BR ending with the circles, bombing runs and air drops.

Team Deathmatch, an 8 vs 8 game mode where the team's goal is to reach a set target score (number of kills) where the other team reaches it, the first team that reaches this score first wins the round.

What is event mode?

Event Mode as a periodically changing preset Custom Game where PUBG Corp will be trying new things and experimenting with different game parameters. [1] Anyone who has a copy of PUBG can play in event mode. 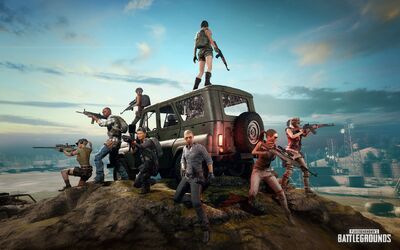 ETA: N/A - Coming Soon? | This game mode is a possibility to have.

Note: Since it's an unofficial gamemode, Bluehole at any point can scrap this for another game mode.

Note: Since it's an unofficial gamemode, Bluehole at any point can scrap this for another game mode.