Haven is the 7th playable map for BATTLEGROUNDS, Haven is a 1x1 urban map and supports up to 32 players at a time.

Haven is PUBG's first ever PvPvE map. The map is intended to create the most dense and urban combat environment. Based on locations in the United States, the island has 5 distinct areas: Coal Railway, Residential, Docks, Industrial, and Steel Mill. In addition, Haven is being designed as a map to play in a dusk-time setting which helps in bolstering the effectiveness of some of the new features being brought in for Season 10 such as the new Pillar Scout and Tracer gameplay. In addition, Haven map supports a new faction promoting new PvEvP gameplay. This new faction is known as the "Pillar" which is an armed group that resides on the island guarding caches of high tier loot before the players even drop onto the map.

Players will take each other on in the dense, urban streets and rooftops but this haven is anything but safe. Players will be faced with a new threat during their matches, an enemy faction named Pillar working against them. This faction is heavily armed and is none too happy about you being on their turf. You'll have to avoid the Pillar Scout Helicopter attempting to track and spot survivors from the sky. Those unlucky enough to be caught by its spotlight will need to move quickly to avoid the Pillar Tactical Truck as it closes in and attempts to quickly eliminate its target with bullets and fire. Finally, players will have to deal with Pillar Guards and Commanders. These soldiers are heavily armored, but those who manage to take them down can find powerful gear in the caches they guard. 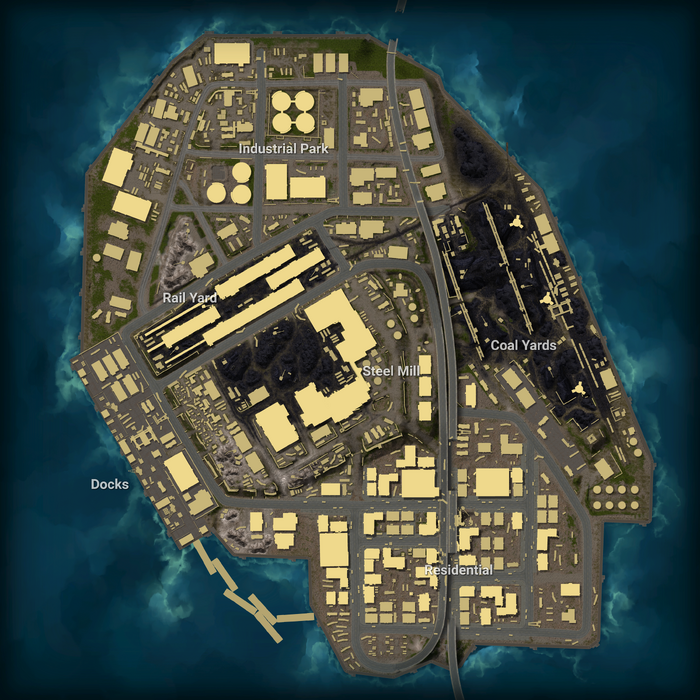