Sanhok (Codename: Savage) is the 3rd playable map but the 4th map in total for BATTLEGROUNDS, Sanhok is a 4x4km island compared to other maps that are 8x8km. Sanhok is the first map where BATTLEGROUNDS implemented a dynamic circle. This dynamic circle sees how many players are alive then will calculate if the blue zone should move faster or slower throughout the match.

Development on this map began sometime in 2017 [1] and in March of 2018, PC Gamer had the privilege to announce/reveal the map [2]. A month later PUBG Corp created a new standalone client called "PUBG: Experimental Server" just to test Sanhok on April 2nd, 2018. The client at first an invite only client (where you needed a key in order to download the client), mostly only content creators and PUBG Partners had access to it and due to uproar within the community, PUBG Corp later on opened it up to all owners of PUBG on Steam. Codename: Savage consisted of 4 rounds of testing phases in the Experimental client to take out any performance hitting bugs, glitches and even optimizing the map better. Later that Summer on June 22nd, 2018 it went to the live client on PC and then on September 4th, 2018 (launch of 1.0) it got released for Xbox One. On July 22nd, the Sanhok (Remastered) was released, an overhaul to the original map.

Sanhok is the first map that the art team of PUBG Corp visited a location specifically for world art development. By physically being in the jungles and mountains in a humid Asian country, it not only made them imagine what the new map will play like, but they felt the breeze, smelled the air and heard the sounds. All of these experiences are helping the team create a unique map experience.

The map is inspired by a wide variety of islands in Thailand and the Philippines, the PUBG Art team; comprised of Technical Artists, Concept Artists and 3D Environment Artists, they took photos (Photogrammetry) to capture the island then transfer that to the game engine to design Sanhok [3].

Sanhok is a map based within the Southeast Asia region. 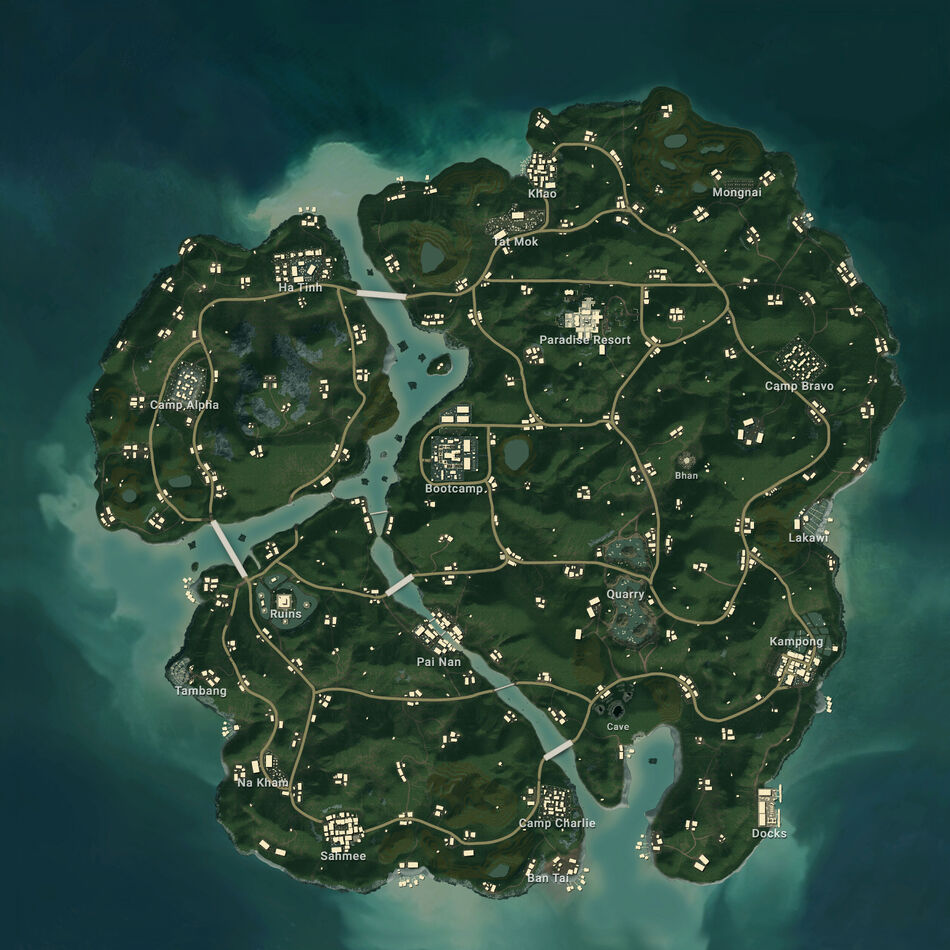 These are the vehicles that you can find on Sanhok.

Map Sanhok has this type of weather;