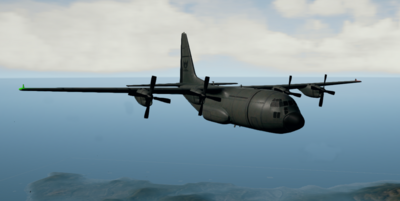 There are a variety of vehicles in BATTLEGROUNDS.

The vehicles in BATTLEGROUNDS are vitally important to map movement, largely because of how far apart players are often placed. Once the initial close groupings of players are dealt with, movement into the center of the map is important, as the outer limits will shrink. Additionally, unless a headshot or other body shot is directly targeted, the player won't take significant damage while moving in a vehicle, hugely increasing their longevity.

Q: How do you gather these new vehicles before PUBG Corp even announces them?

Several patches ago, we implemented quality of life change to heavily improve stability and overall smoothness of aiming while in vehicles. As vehicles are a core part of our Battle Royale experience, we want to encourage vehicular combat, while also ensuring balance and allowing for proper counter-play.

Listening to all your feedback and digging through gameplay data, we have seen a greater rise in the effectiveness of drive-bys and overall vehicle to player gunplay than intended.

Our first step to address this is increasing weapon recoil in vehicles and we'll continue to closely monitor your feedback, so please, keep it coming!

It's been requested for a long time and we're finally happy to add shooting functionality to vehicle drivers! The new system allows you to fire sidearm weapons while driving and maintaining control over the vehicle (albeit with slightly reduced response while reloading). This functionality works for most vehicles and there are a couple of limitations which you can read about below. We're excited to see the new kinds of gameplay that emerge from these additions, and please let us know how it feels!